I met Angela at the editorial committee of VED Magazine, where we are both editors. She is a very smart and bright woman who loves to enjoy her life, no matter what, even though she is struggling to live a normal life with a rare condition. She lives with Ehlers Danlos Syndrome Hypermobile type (h-EDS). 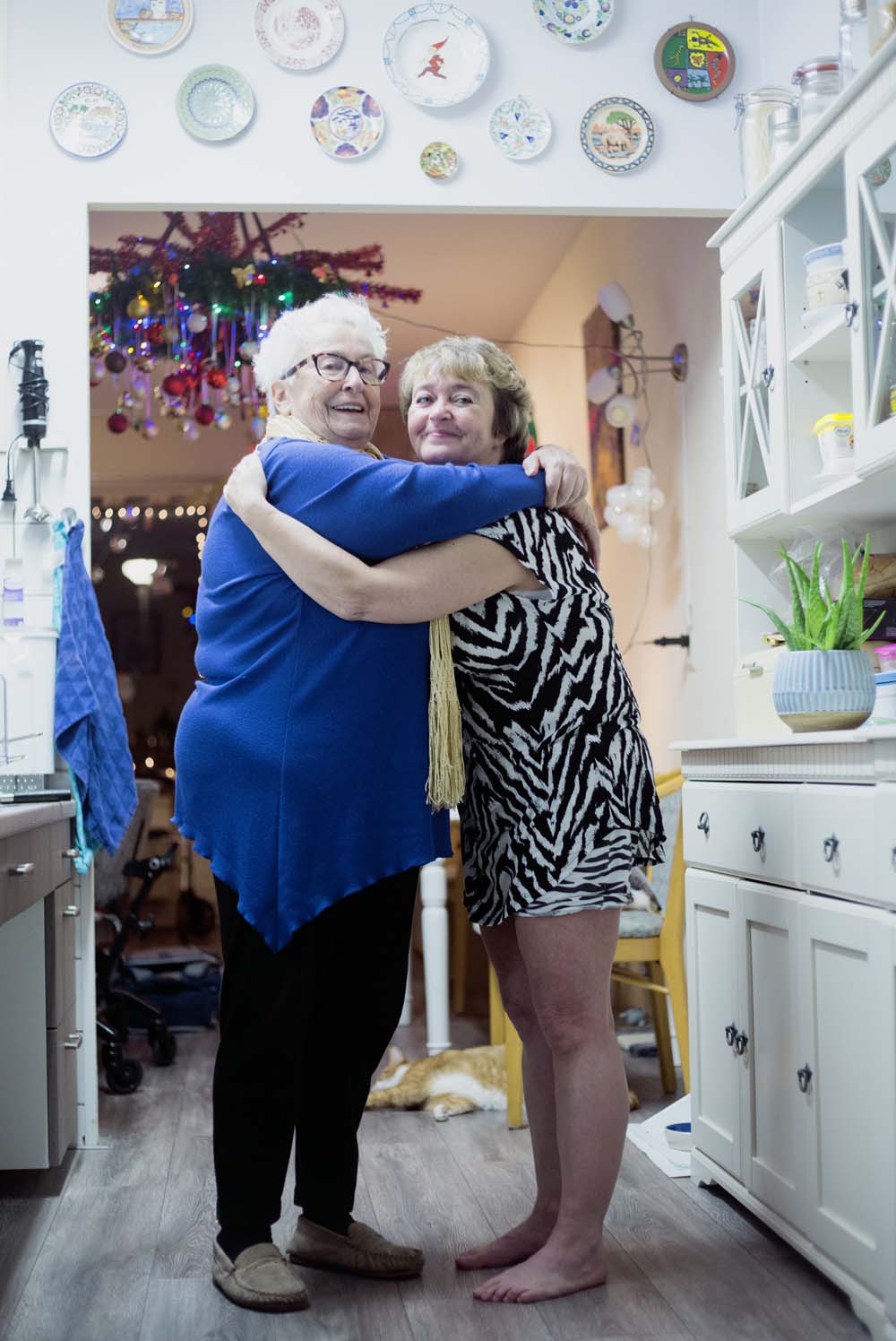 Ehlers Danlos Syndrome is a rare and chronic condition also known as “an invisible disease,” because even if you don't have problems walking (without using a wheelchair or crutches) or some prosthesis, from the outside you look just like a normal person. You can't see the pain in their entire body or that they struggle with chronic fatigue and other immune and neurological diseases such as comorbidity. 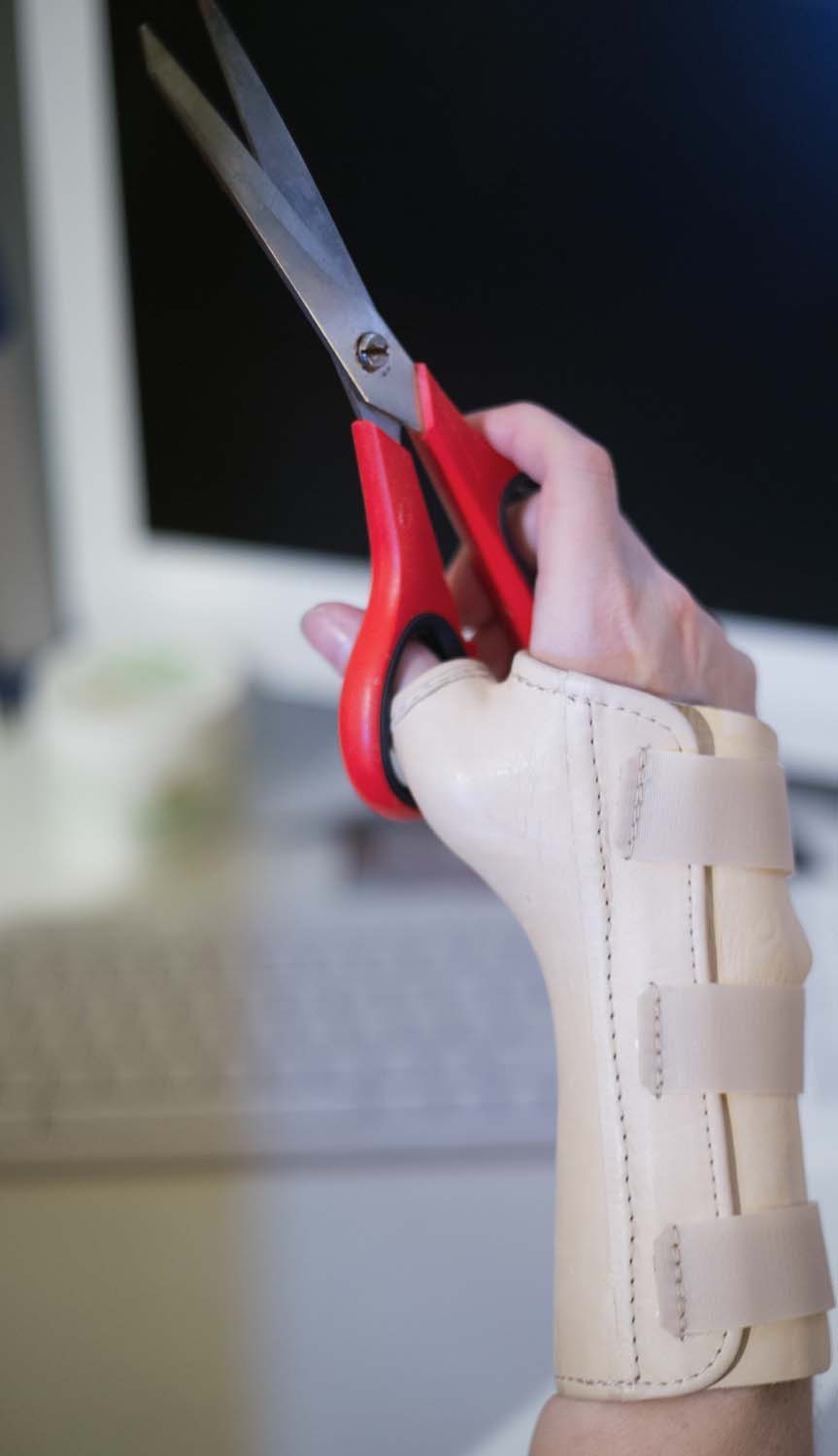 For 50 years until 6 years ago Angela was struggling due to a lot of pain and symptoms where no one could find the cause, until she went to a geneticist. 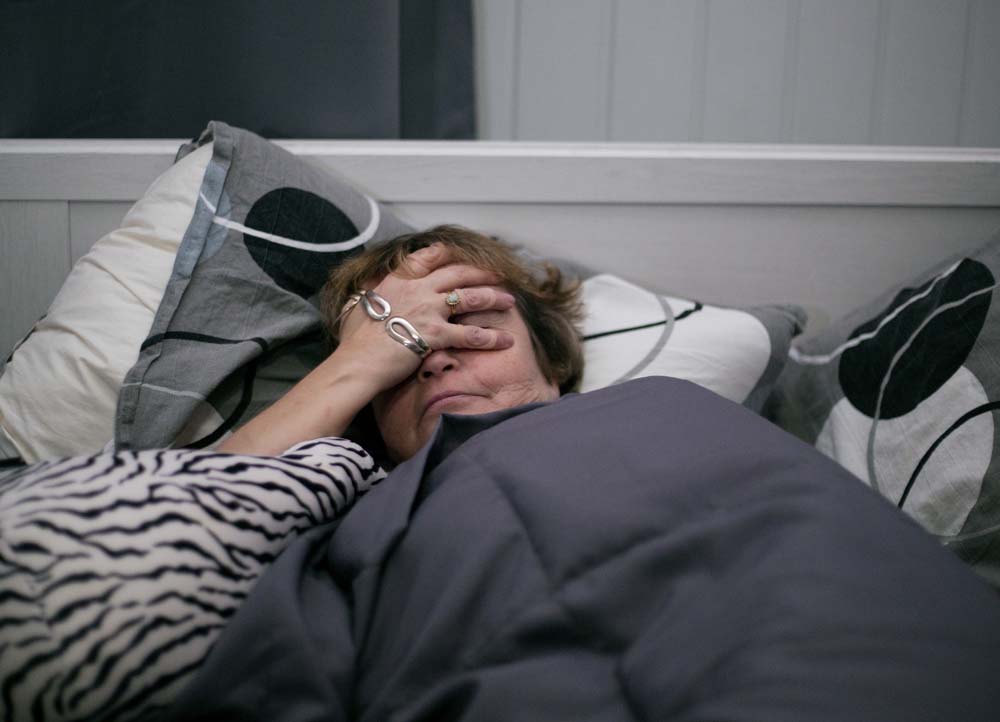 A year ago, she found a good rehabilitation doctor who has provided her the right management and aids. She needs to go to physiotherapy, at least once a week to be able to manage her pain and condition. Angela has a very positive attitude about her life and also takes care of her mental wellbeing, so she can remain positive and balanced, that helps a lot when you are living with a chronic condition. 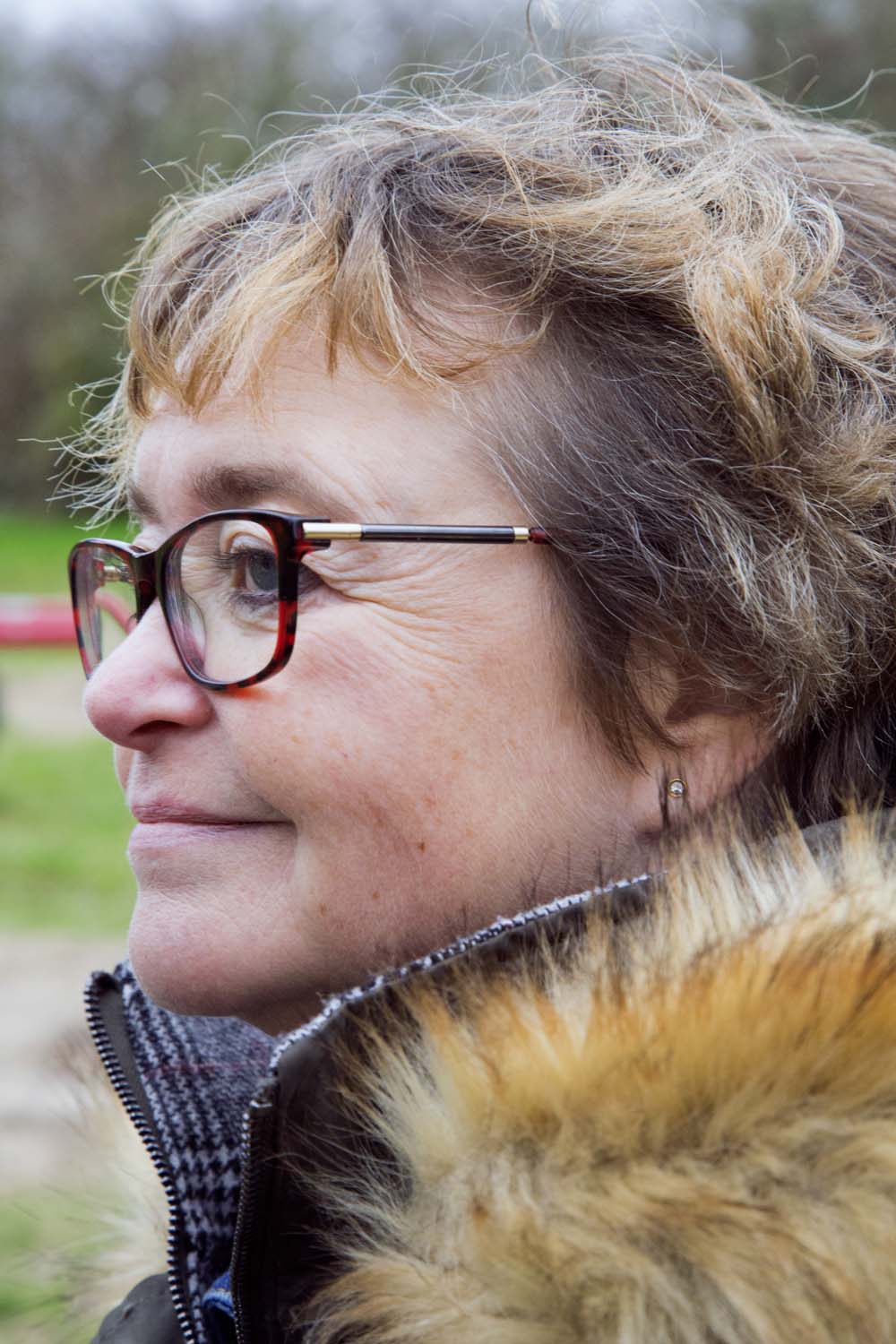 She studied as a translator and interpreter in the English language. She still works part time as an administrative assistant and she is also writing articles about the Ehlers Danlos Syndrome for VED Magazine. 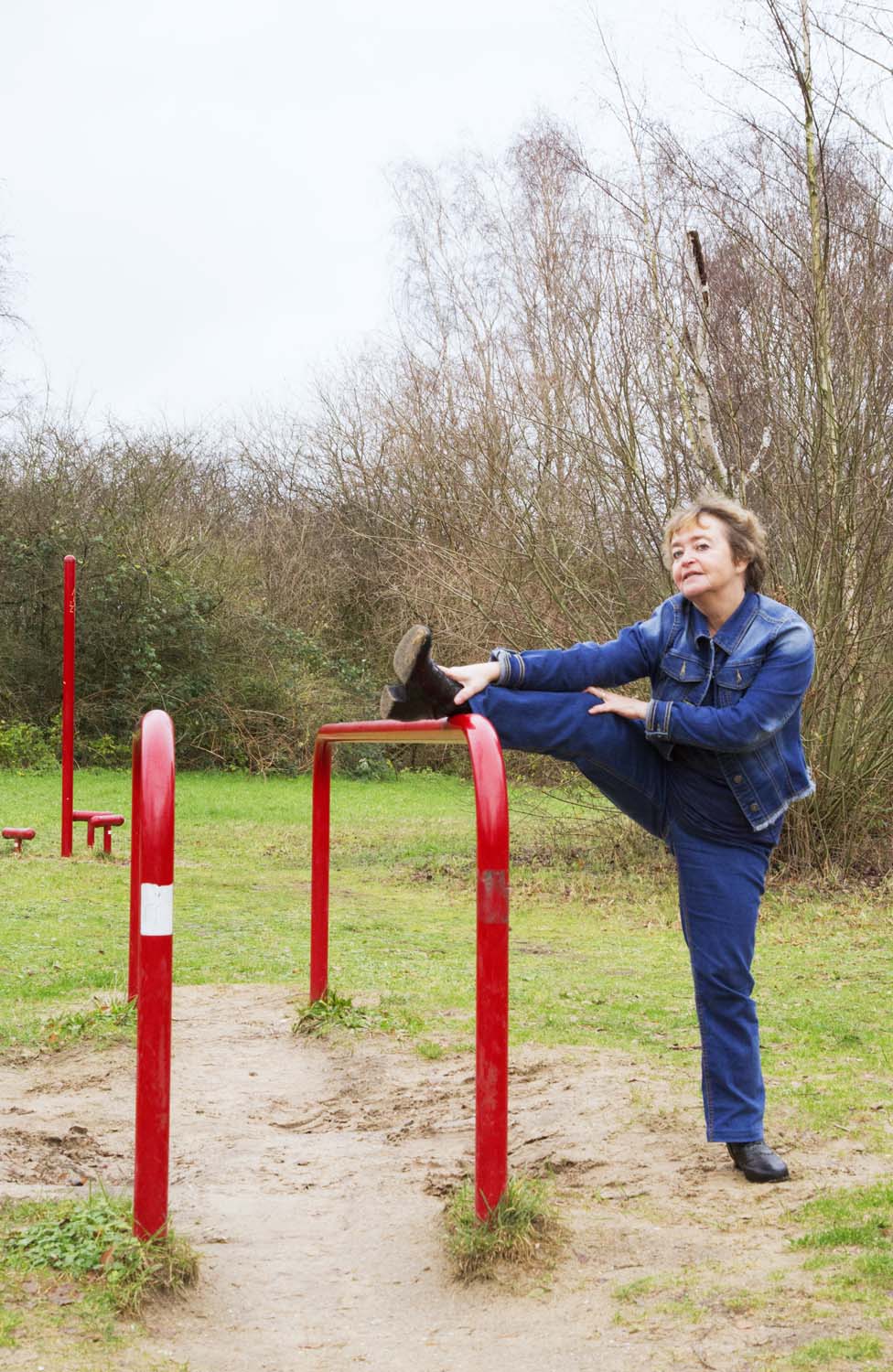 With this portrait she wants to raise more awareness about Ehlers Danlos Syndrome and “the impact EDS has in someone's daily life and what can the people around you do to make your life easier.” Thanks to the fact that we have the same syndrome but two different types of it, we have worked together and inspired each other to create the right reaction to her story. We both believe that we do have EDS, but EDS does not have us. 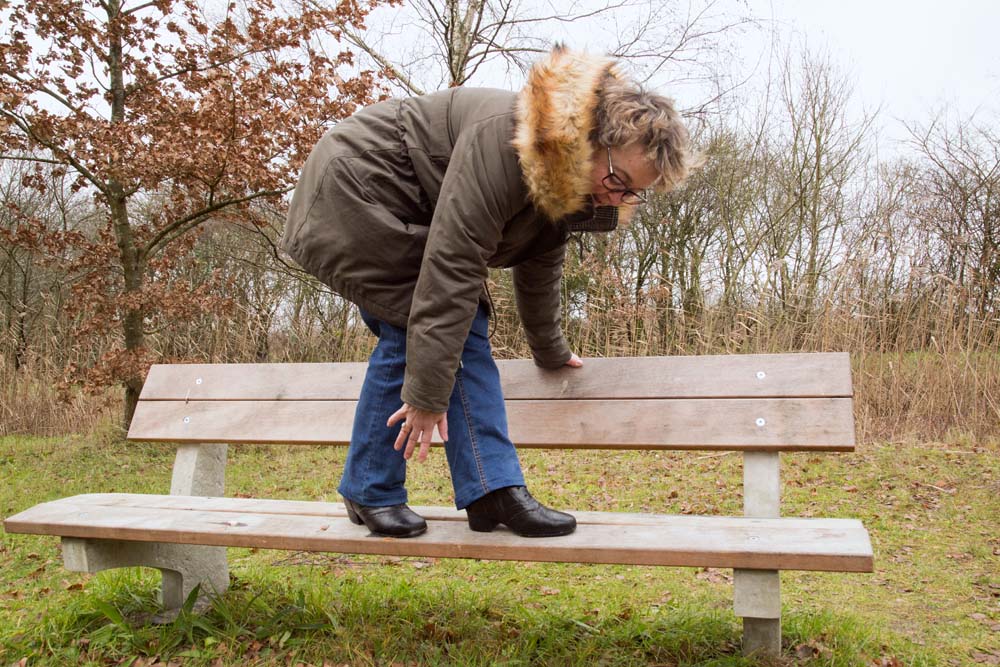 There is plenty in life to laugh about and enjoy! Of course, it's a rough path but with the right management we can still enjoy our passions and life. 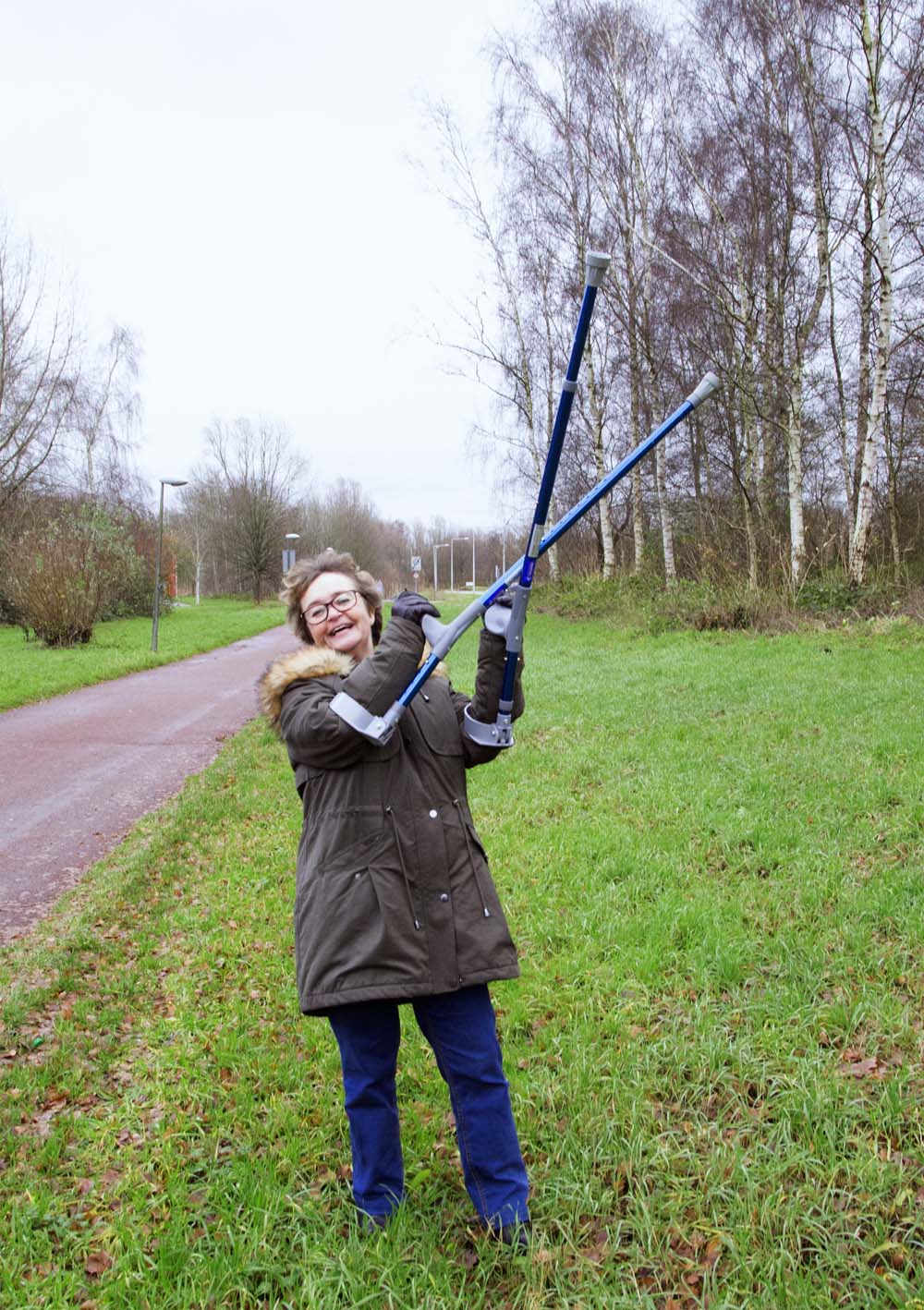 I also write a poem for every project to explain the concept of the story. The poem about Angela is entitled: A Zebra Warrior.

She is a positive zebra warrior,
with no fear about her future.
She has a lot of support from her mother,
they have an amazing relationship living together.
She began to write articles about her life as zebra,
to follow her dream to bring awareness about EDS.
The zebra's life obligates her to wear on her hands
splints and braces,
sometimes they limit her movements
and leave her unable to complete one of her normal tasks.
Another bad side of EDS is the Chronic Fatigue,
which always leaves her looking tired,
even after hours of sleep;
it can trigger her stress much more than a common person
who doesn't have it,
and also breaks down her mental side.
Are there any nice sides?
All the zebras look younger than their real age,
thanks to their peculiar skin.
They are also very bendy and elastic,
but in the long run
it will give a lot pain;
It forces them to walk with supports,
a cane, crutches or a rollator
sometimes a wheelchair.
She doesn't have a good proprioception,
this makes her walking often
off-balance,
for this reason she must always
wear orthopaedic shoes.
She is a strong Zebra who
believes no matter if you have EDS
open your eyes
life is not over.